10 Signs You Were A Witch In A Past Life 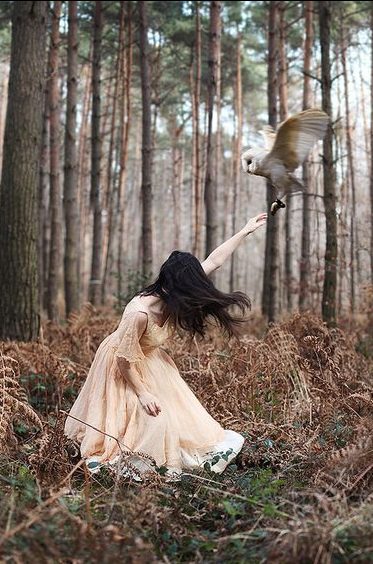 We’ve all lived many past lives. Even if you do a past life regression or read you birth chart to find out about one of your most recent past lives, there are so many lives hidden just beyond.

I find that many of us who are naturally interested in witchcraft were witches in a past life. If you feel that you were then you should trust your intuition, however this post will go over a few markers of a past life as a witch if you need extra confirmation.

Keep in mind that you don’t need to have all of these signs to be a witch in a past life; even 2 or 3 of these probably mean you were a witch.

An interest in witchcraft, especially without any reason (e.g. your mother isn’t a witch but you’re still super drawn to the craft) is a sign of a past life as a witch.

We tend to be drawn towards the hobbies or occupations of our past lives.

You Feel A Connection To The History Of Witchcraft

Do you feel your interest spark when someone mentions witches or witchcraft in history? I remember how intrigued I felt when I first learned about the Salem witch trials; I again felt the same when I saw a show about a Celtic witch on TV.

Witches existed in so many areas of the world. When you first hear learn about these witches, you’ll have a strong reaction if you were a witch in a past life. This doesn’t necessarily mean that you were a witch in that specific area, but it simply means you’re interested in the way of life due to a past connection.

You Hide Your Spiritual Beliefs

Throughout history, or at least during the last 2000 years, witches had to hide their beliefs. This was true regardless of where the witch lived.

If you were a witch in your past life, you probably had to pretend that you believed in certain things when you actually believed in the ideas behind witchcraft.

Now, you may still have this trait. You might feel uncomfortable talking about your spiritual beliefs if they’re not necessarily mainstream, but you also might steer clear of discussing spiritual beliefs at all, even if yours are readily accepted.

You Have Trouble Speaking Your Truth

Because witches were persecuted, many individuals who had past lives as witches now have trouble speaking the truth. If you find that you stay silent when you know something doesn’t sit right with you, this could be from “training” in a past life.

During the last 2000 years, witches had to be silent to survive. Christianity took over and regardless of what type of church ruled at any given time, witchcraft was not only a sin but often illegal and deadly.

Even though witchcraft is much more acceptable in this day and age, that doesn’t mean that you don’t have a knee jerk reaction; this may have served you well in a past life and enabled you to survive.

Many science-minded folks don’t believe in bad spirits or demons, but witches certainly do. In witchcraft, there is complete balance, meaning there cannot be positive forces without negative forces.

Witches know how to protect themselves from detrimental spirits, especially as they practice to become more advanced, but you may have been afraid of demons and spirits before you knew how to ward yourself against them in this life.

Witches are very realistic, so it’s normal to be afraid of something if you believe it exists. If you found that this fear existed in a strong way during childhood, before you knew you wanted to be a witch, then this is probably a sign of a fear from a past life as a witch.

It was 100% natural for witches to be afraid of Christianity during many points in history. It was the invention of the Catholic Church that caused problems for witches. Before Catholicism, witchcraft was simply a way of life and wasn’t feared.

After Christianity took over, witches were persecuted in a number of ways. Any sane witch would have been afraid of Christianity.

If you feel a tick of fear surrounding Christianity or the church, that is a clear sign that you were a witch, especially in the last 2000 years.

You Have Witch Marks

Do you have odd, large birthmarks that you were born with? Birth marks are known as witches’ marks.

Although this is by no means proven, the mark of the witch can travel through lifetimes, so a birth mark can be an indicator that you were a witch in a past life.

Alternatively, this can be a sign that witchcraft is in your family DNA and that you have ancestral witches in your line.

You Were Interested In The Elements As A Child

As a child, were you especially interested in one or more of the elements? You may have felt powerful or emotional during a windy day, a rain storm, a snow storm, etc. You might have loved candles and fire, or you could have been a fan of the ocean.

Maybe you really loved the park, the woods, trees, and flowers, Sometimes, witches gravitate towards the Fae and all fairy-like things as children.

All of these interests are signs that you were a witch in a past life and have carried your powers over with you.