If you’ve ever delved into anything metaphysical or spiritual, you’ve probably heard the word element thrown around. It seems complex, but elements are actually the basis of every sign in astrology.

A huge number of different spiritual beliefs stem from the idea that we get all of our power, or life force, from the four elements: Fire, Earth, Air, and Water.

Each element has characteristics that makes it special. If you have a lot of one element in your chart, then you’ll probably find a lot of corresponding characteristics in your personality.

I think that elements are a great foundation for learning astrology, but regardless of where you are in your study of astrology, the elements are so important to know! Really getting what makes each element unique will help you make sense of all of the other jargon and difficult language that astrologists like to throw at you.

I’ve tried to break it down and make it as simple as possible. If it’s not completely clear, that’s okay: just keep reading and learning and it’ll come together. It usually takes a few times of hearing this info to totally integrate it.

There are 12 zodiac signs total, but they’re grouped into four different elements. Each element has three signs that belong to the group.

All of the signs in an element will have specific things in common that pertain to the element. If that’s confusing, don’t worry – keep reading and you’ll get it.

The four basic astrology elements are Fire, Earth, Air, and Water. Here are the zodiac signs that belong to each element:

If you don’t feel like you fit in the element where you see your sun sign, that’s okay – your birth chart is a whole collection of many planets and signs, so you’re far more than just your sun sign. Almost everyone has every element somewhere in their birth chart.

What’s more important for now is to learn the elements themselves so that you can recognize them in your chart. We all have most of these, so see if you can identify an area in your life where you might exude some of these qualities.

Fire signs are exactly what you might think of when you picture flames: unpredictable, spontaneous, bold, and passionate. All you need is a match, and they’re off on another new adventure.

People with fire signs in their chart probably won’t stop to think through many of their decisions. Instead, fire signs react based on gut instinct or sudden bursts of emotion. They live large, and live in the now, but can sometimes pay for this later.

Emotionally, fire signs do feel deeply, but it’s often their own feelings that they take into consideration. When they’re off on their next venture, they forget to think about how their flames may burn someone else and leave a lasting emotional response.

Often, fire signs don’t actually care all that much about others’ feelings. It’s the immediate action that matters to them, and they don’t like to waste time in sentimentalities (unless the current action is their own feelings).

Fire signs are the absolute best for getting things done. These people have a huge sense of self, and are rarely scared to try something new.

Earth signs refer to anything physical.

On the plus side, earthy signs are generally very grounded, stable, and diligent while finishing a task. If you’re looking for someone who won’t fly off the handle, come up with crazy schemes, or get super emotional during a sad movie, look for an earth sign person.

Earth signs are super structured and disciplined, but not cold. They’re slow to act and react, but always have remarkable endurance. They are very slow to change emotionally, but typically loyal once they’ve committed themselves.

On the other hand, earth signs can easily get a little too into their possessions. This can manifest in a variety of ways. They can become hoarders, become too set in their routines, or (on the flip side) need all name brand items and the best quality for everything. They can also refuse to think big.

Earth signs are the natural opposite of Water signs.

Air signs all have to do with mental energy in some form. All three air signs are big on ideas, and have plenty of them. They’re the scientists, the philosophers, the conversationalists, and the writers.

Emotionally, air signs are (generally) known for being detached. They can also have trouble living in real life, and can live instead in their ideas or in their minds.

Air signs will be thinkers rather than doers, but they can think through scenarios a lot better than other signs, such as fire. If you need someone to design a concept or figure out the best way to do something, see an air sign, but when you need the thing to actually be executed, you’ll want to look to fire or earth.

Strangely enough, air is actually one of the more social elements. Much of our communication has to do with the mind, which is right up any air sign’s alley. While air signs might not be the best at feeling emotions, they smart enough to read other people’s emotions and respond accordingly.

Air signs are the natural opposite of fire signs.

Water signs are all about emotions. Unlike air signs, water signs sense everything through feelings. Anyone with a lot of water signs will be extremely sensitive; this can be a positive and a negative thing at all once.

Most empaths have a good deal of water in their chart, and while it’s great that they’re able to empathize so well with other people, animals, nature, etc., it can also cause pain when they take on other people’s emotions and troubles.

Water signs are generally more susceptible to energy (positive or negative) but are also better at understanding this energy and feeling others’ emotions. A person with a lot of water in his/her chart will typically be more a feeler than a doer.

Most water signs are also associated with psychism and anything otherworldly or spiritual. Water signs are the natural opposite of earth signs.

To help you really get what I mean by each of these explanations, I’ve categorized each of the elements into a few archetypes here. Keep in mind that not every description will fit for everyone, since it totally depends where in your chart an element shows up!

Plus, not all of these descriptions are black and white. I’m putting earth as The Hard Worker, but any of the other elements could easily contribute to day-in, day-out hard work. Earth just tends to be the hardest worker in its purest form. In an actual chart, each element will influence the next, so it’s almost impossible to isolate your own elements, especially if you’re just starting out on your study of astrology elements.

How the Birth Chart Cycles Through the Elements

If you look at a birth chart, you’ll see that the signs are always in a specific order. While they might move around the birth chart, Taurus will always be next to Aries, Gemini next to Taurus, etc. The actual order never changes.

For example, in the first quarter of the chart, you have:

No two elements are ever right next to each other, and opposite elements are always across from each other (fire/air and earth/water). This makes it much easier to read a birth chart, because you always know what to expect once you see the first sign.

How to Learn the Elements

Once you figure out what each of these elements are like, you’re way ahead in any spiritual practice.

To start off, I recommend reading these descriptions a few times, then going through your own chart and looking for each element. See if you can recognize aspects of the elements you have in yourself.

For example: I have a lot of fire, and I definitely have many of the characteristics. Some of my friends have absolutely no fire, and they also lack many of those characteristics (although they have plenty of other elements to make up for it!). Once you’ve looked at your own chart, try looking at friends’ and family’s charts and see if you can recognize any of the elements in their charts and personalities.

Click here to check out our personalized, affordable astrology readings!

What’s Your Favorite Element In Astrology?

Often, your favorite element (with the qualities that you consider to be awesome) is an element that shows up a lot in your chart. For example, I love fire and water, and I definitely have my fair share of both.

What’s your favorite element? Does it show up in your chart? Let us know in the comments section! 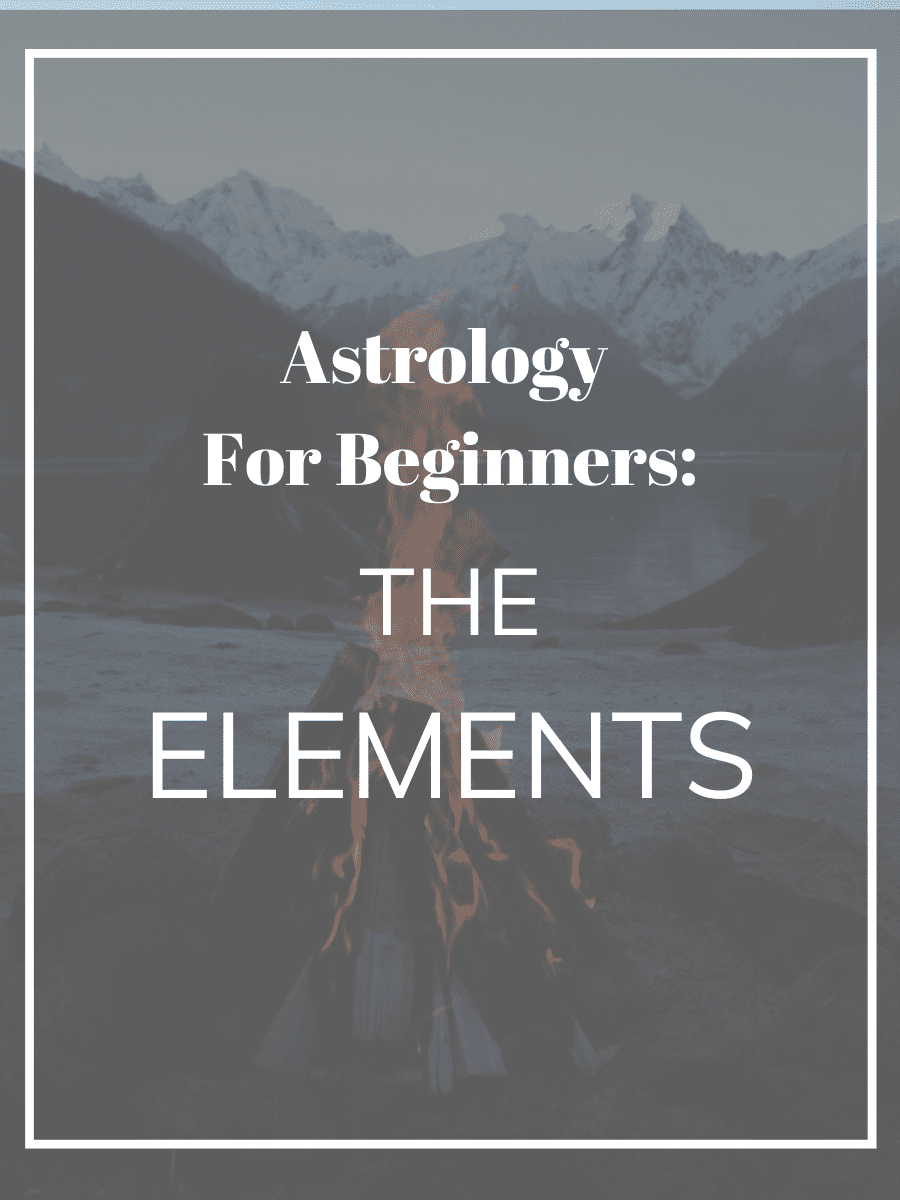 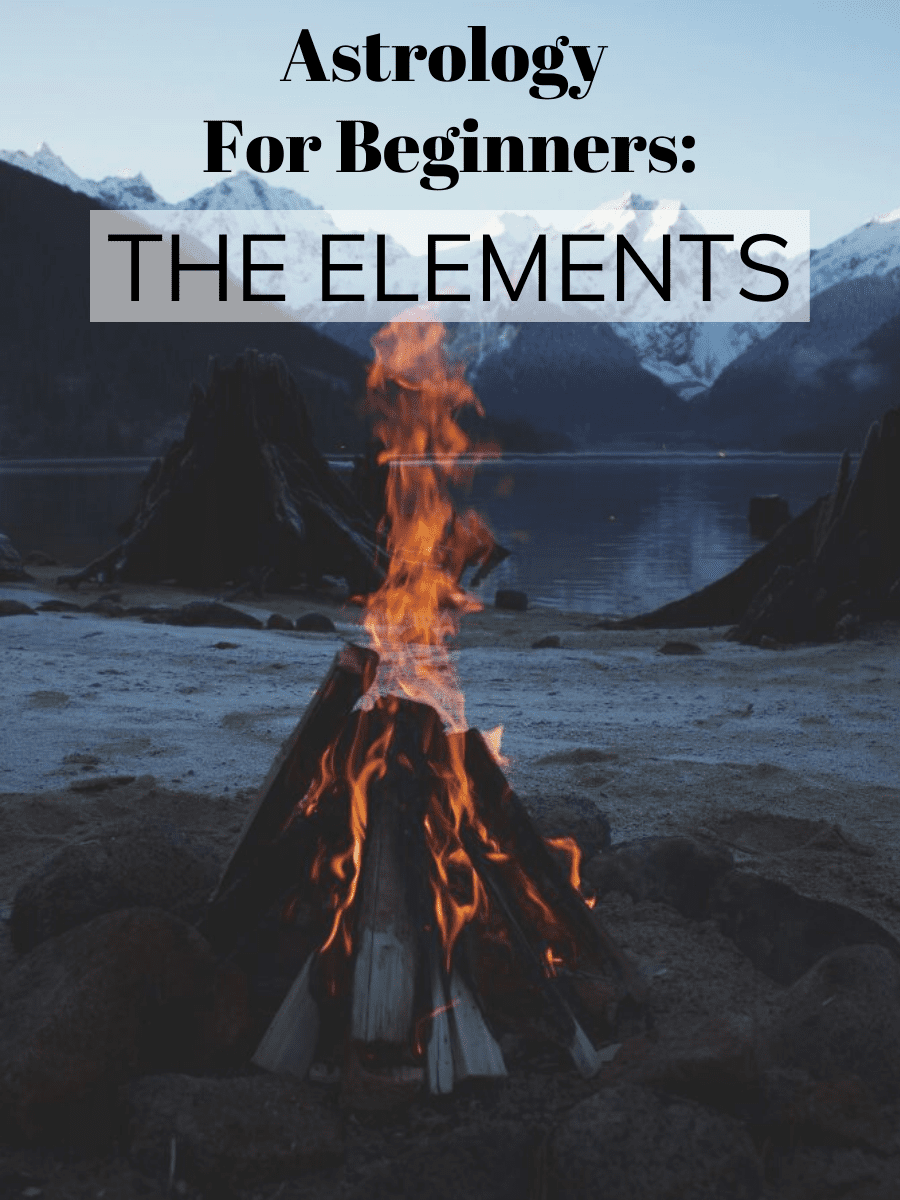