How To Cast A Basic & Effective Freezer Spell 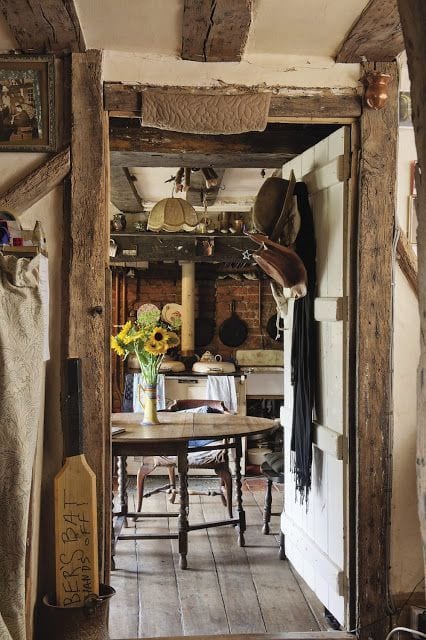 The freezer spell is one of the most well-known spells in witchcraft, and is even used by non-practitioners. It has some seriously deep roots in Hoodoo, but was even used in religious communities. It’s easy, and it works.

Maybe you have a terrible boss who won’t leave you alone, or an ex who continues to cause issues, or maybe someone you used to be friends with is gossiping about you behind your back. Whatever your case is, this is the perfect spell if you need to stop someone in their tracks.

A freezer spell will literally “freeze” the person in their tracks and will keep them far away from you. The person won’t contact you as much (or at all, if it was super effective) and won’t be able to hurt you.

It’s also possible to cast this spell for someone else. If someone is hurting a loved one, you can cast it with the intention of working on your target and get the same effects.

Why Choose a Freezer Spell?

I like the freezer spell because it helps get rid of difficult people without needing to cast a hex on them. I’m a huge believer in karma, and this feels a lot safer to me! When I’ve done this spell for good and valid reasons, I’ve never experienced any bad karma from it, other than unexpected effects of the spell.

The freezer spell is also a really easy spell for beginners. It’s a good go-to because you probably already have the materials you need and it doesn’t take long to cast.

How Does The Freezer Spell Wok?

The spell will freeze the intended person out of your life, but it may work in odd, unexpected ways. I once tried to freeze a friend’s boss, but my friend ended up getting temporary medical leave after her health worsened.

The boss wasn’t specifically fired and didn’t want to stay away from my friend, but she was forced to (due to the medical leave) until my friend was paid until she was able to find another job. So theoretically, this spell worked, but my friend had asked me to cast it so that she could keep that specific job. In that sense, the freezer spell backfired.

For this reason, I only do this spell when the situation is dire enough to warrant it. You never know exactly what will happen, but if you really never want to see this person again, then it’s worth a try. You should be willing to rid your life of the individual at all costs. If that doesn’t sound good to you, then you may want to try something different than a freezer spell.

Who Should I Cast A Freezer Spell On?

Make sure that when you choose a target for your freezer spell, you’re fine with never seeing the person again. Don’t cast this on your in-laws, for example, if you want your kids to have a relationship with their grandparents.

You also shouldn’t cast this spell on someone you’re in a fight with or you might never make up. In fact, you probably won’t even speak again. You need to be absolutely sure that this person contributes nothing but harm to your life before casting the freezer spell.

This is an effective spell and it’s hard to reverse, so choose wisely!

How To Cast An Effective Freeze Spell

Step 1: Choose a container. I’m not fancy so I use a plastic baggie. You can also use a Tupperware container, a freezer-proof jar, or anything that feels right to you. The only necessity is that it completely seals.

Step 2: Gather your tools. You’ll need the container, sufficient water to fill it water, a small piece of paper, a pen, and items for a circle (if desired).

Step 3: Cleanse your tools. I simply smudge them with any kind of incense that feels right, but do this however you like. You can also just envision them being cleansed with white light.

Step 4: Cast a circle. Once you’re between worlds, you’re ready to do the spell.

Step 5: Write the following on a small bit of the paper, substituting in the proper names:

I hereby bind “John Doe” from spreading hurtful and unwanted rumors about “me.”

If you’re doing the spell for someone else, substitute “me” with their name. Fold the paper into small pieces when you’re finished.

Step 6: Hold the paper in your hand and chant the following:

This slip of paper is (name), and his/her actions against me.

I hereby freeze (name) and bind him/her from causing me harm.

While you chant these words, focus with all of your power (mental, emotional, spiritual, etc.) on your intention and picture the person disappearing from your life.

Step 7: Place the paper in the bag, fill it with water, seal the bag, and put it in the back of your freezer. I hide mine behind my food so that I don’t even think about it. At this point, the freezer spell is over and you can close the circle.

The more you’re able to open your chakras and focus on your intention, the more likely the freezer spell is to work. Stronger energy = a stronger freeze!

Sometimes, spells simply don’t work for a variety of reasons. I personally have never had a freezer spell fail, so that’s saying something. A freezer spell is powerful magic!

If this spell does fail, I recommend looking very closely into your motives and emotional state when casting the freezer spell. It’s hard to go wrong with the ingredients, so the culprit is typically your own energy, unless the universe is blocking you.

How To Recharge A Freezer Spell

Sometimes, the spell will work for a bit, then the person will reappear. This means that the energy wasn’t strong enough to last and that you need to recharge it.

Take the bag out of the freezer for an hour or so and let it melt. Once the ice is defrosted, chant something similar to what you said initially (above) and place the bag back in the freezer. Try to focus your energy even more intensely. You can do this as many times as needed.

I typically don’t recharge a freezer spell unless I really need to. They generally hold for quite a bit, but if the person is causing a stink again, then it’s definitely time to do a recharge.

How To Reverse A Freezer Spell

Sometimes, you freeze someone and regret it. I just read a post about a mom who put her daughter’s boyfriend in the freezer, but months later he showed back up, proving that he was reformed. Her daughter refused to get back together with him. The very guilty mother had to quickly reverse the freezer spell, and then her daughter was suddenly amenable.

If something similar happens to you and you need to reverse your freezer spell, follow these steps:

Take the bag out of the freezer and let it defrost. Burn the piece of paper over a candle after it has dried out, then pour the water over the ashes, chanting:

I release you from the binding and reverse all effects of this spell.

Ideally, this will reverse the spell. Most of the time it works, but sometimes it can’t completely reverse it. Like I said, the freezer spell is strong and pretty permanent, so cast wisely.

What To Do When The Situation Is Resolved

You may never want to reverse the freezer spell, but at some point when the situation is resolved, you’ll need to get that baggie out of your freezer. Maybe you’re moving, getting a new freezer, or just trying to reorganize. Regardless, it’s impractical to hang on to a freezer spell forever.

I recommend leaving your freezer spell in place until the situation has been resolved for some time. There shouldn’t be any doubt in your mind that it worked. Once your intuition tells you it’s time, go ahead and dispose of the freezer spell.

Remove the bag and thaw it in a container so you can save the water. Once the water is melted, bring the container outside and dig a small hole. Place the paper in the hole and pour the water over it. As you do this, say:

I release you from the binding, but enjoin you not to harm me again.

Fill the hole in with dirt and avoid touching it.

So there you have it: everything you need to know about casting a freezer spell! Whether you’re a beginner or advanced witch, I can guarantee that you’ll be happy to have this spell up your sleeve.

Interested in learning more basic spells? I highly recommend this book of spells for beginner witches!