All About Mars in Libra 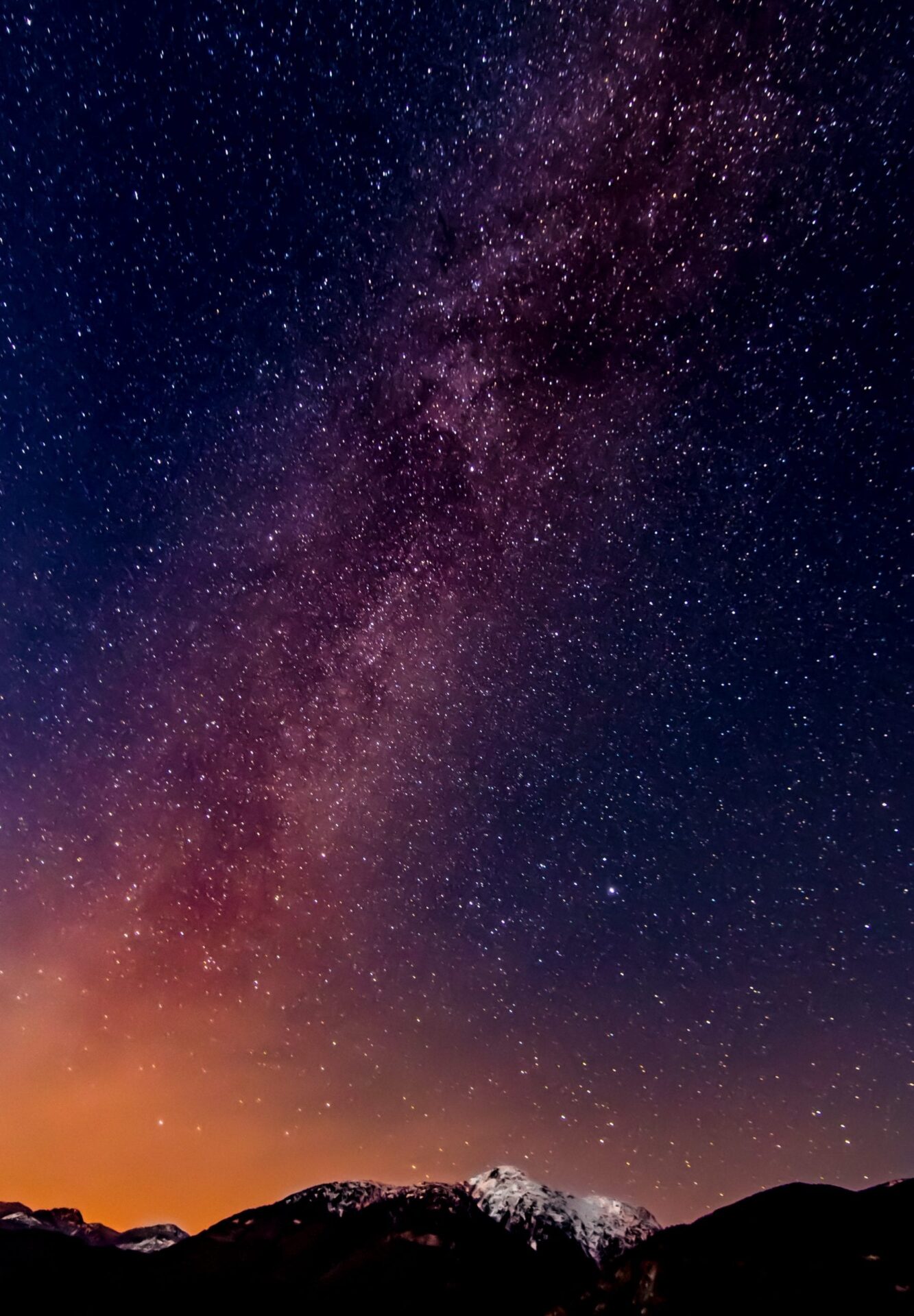 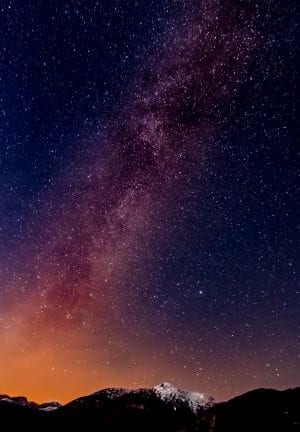 Mars is a popular planet that’s studied by beginner through advanced astrologists. It’s surprisingly complex, and represents much more than the initial keywords that we’re taught; “drive,” “anger,” and “passion” are only the beginning of the planet Mars.

Mars in Libra is especially interesting, because it’s the exact opposite of what Mars should be. Aries is typically paired with Mars: they have similar qualities as we often think of both being outgoing, bold, and action-driven.

Libra is the exact opposite of Aries, so it is the opposite of Mars in many ways as well. While Mars is active and driven, Libra is passive; Mars is brash and blunt, Libra is diplomatic; Mars will pick a fight over anything, but Libra will always find a way to passively fight behind closed doors.

Because the energy is so opposite, in many ways those with Mars in Libra have the best of both, if they’re able to use the energy for good.

The main characteristics that Mars shows are one’s drive and ambition, one’s temper, how one pushes through career and conducts themselves in the workplace, and the manner in which a person will be attracted to others and interact in romance.

Those with Mars in Libra have an extremely passive nature, which can often mean that their drive to get things done and achieve their goals is not as great as Mars in other signs. They tend to let things decide themselves instead of exerting their will.

The biggest drive for Mars in Libra is usually to have others around them. While this will depend on the house and aspects, those with Mars in Libra typically feel that they need a partner, group, or family in order to put forward their best selves. They will generally have less drive in traditional areas (such as work, school, etc.) and will have a bigger drive for social interactions.

Those with Mars in Libra don’t have much of an outward temper. When they are angry (an emotion they definitely feel), they might become passive-aggressive. In some cases, Mars in Libra can be extremely polite and fair, even to their own detriment.

These folks can be very world justice-oriented, and this is one of the few times that they’ll show outward anger. Only when standing up for a cause that both looks good and is actually moral are Mars in Libra willing to show rage!

Surprisingly, this placement makes for individuals who are great at managing conflict. This definitely isn’t the typical placement for Mars, as conflict is usually the name of the game with this planet,  but in the case of a typical Martian fight, you’ll actually want a Mars in Libra there to manage it. These people are extremely diplomatic and know how to handle a variety of personality types.

Those with Mars in Libra will strive for a life without turmoil, and with moderate-to-good aspects, they are often able to achieve that.

One of Mars in Libra’s main gifts is diplomacy. In many careers, this can be used for huge advancement.

While there are many career opportunities for someone with Mars in Libra, in my experience, I’ve seen that they tend towards consulting, philanthropy, hospitality, beauticians, and even receptionists. The opportunities really are endless, but most individuals with Mars in Libra like to use their combination of charm and beauty to their advantage.

Mars in Libra is attracted to all things subtle and beautiful. Libra likes a perfect beauty that’s almost artistic, such as the perfection of the human face. A Mars in Libra (with masculine energy) will be attracted to beauty inside and out. Someone who is not only naturally stunning but loves to talk of delicate, beautiful things (such as art, poetry, etc.) will be immensely appealing to the Mars in Libra.

Conversely, someone with Mars in Libra (with feminine energy) will unconsciously showcase these qualities when in the presence of someone they consider attractive.

Libras love love, and romance, and Mars in Libra is no different. They will sometimes romanticize a budding relationship in their minds, and have to be careful to see the other person for who he/she really is.

In a relationship, Mars in Libra can sometimes act as the punching bag since they try to appease their partner as to keep the couple intact. Relationships are usually very important to them, and their actions reflect that. They may go to any lengths in order to keep the couple together. They’re great at conflict resolution, but they can sometimes sacrifice themselves in the process.

During arguments, those with Mars in Libra try to hold their own in other ways. Just as Mars in Libra might fight in a passive aggressive manner, with malefic aspects, they can quickly become manipulative towards their partner. But at their best, Mars in Libra are caring, loving, fair individuals.

Even sign and placement has good and bad, and Mars in Libra is no different. It is up to the individual to decide which of these qualities are expressed, and how much they work to show their better qualities versus their more difficult traits. Here are some of the options (although not all of these are ever shown by one person).

Mars in Libra: Male versus Female

Mars and Venus will showcase different qualities for men and women depending on how they self-identify.

Generally, in a man, Mars will show how he acts to attract, whether consciously or subconsciously, and Venus will show what kind of qualities he is attracted to.

In a woman, Mars will show what kind of qualities she is attracted to, while Venus will show how she acts to attract.

Feel free to choose the label that works best for you in this context (being attracted to another person’s energy).

These archetypes aren’t used by everyone and definitely aren’t absolute. I’m a straight woman, but I find that sometimes the vibes from my Mars show up in myself when I’m flirting. Traditionally, only my Venus should show, but clearly the tradition rules are just guidelines that aren’t always exact.

Take this all with a grain of salt: this is the traditional way of doing it. I don’t think it’s 100% accurate, but in my experience, there’s a good 80% of truth in these archetypes for the average person.

The Mars in Libra Male

This is the guy who is charming and able to fit in with most groups. He might be slightly passive-aggressive, or just not aggressive by any means. This individual will either try to manipulate others to do what he wants (without outright saying it) or go out of his way to be who he thinks others want him to be.

He can be a great friend to have by your side, as he is warm and supportive, or (at his worst) can be a bit of a backstabber and/or social climber.

He is a chameleon in the best sense, and will instinctively know how to work a room. When he puts his mind to it, he can accomplish great things in the world!

While flirting, the Mars in Libra male is likely to be extremely charming and witty. He will show not only a beautiful face but a pretty and sophisticated mind, and can easily flatter and make his partner feel extremely desirable. This is a fun guy to be around!

The Mars in Libra Female

While the typical female with Mars in Libra will have some of the male qualities, she is more likely to be attracted to those qualities in another. She’ll look for someone who is outgoing, bubbly, and smooth. She will want her partner to fit in well with a group and to cause little conflict – she won’t gravitate towards an explosive fire sign, for example.

The female with Mars in Libra will definitely want her partner to jive with others socially, and won’t lean towards anyone anti-social or outcast. She’ll like someone who is witty, good-looking, and diplomatic. If she is highly evolved, then she will also gravitate towards a man who is kinda to others and sees the beauty in all people.

How to Master the Mars in Libra Energy

Mars in Libra people have so many wonderful qualities. The trick is to focus on bringing these out and working through the less-than-desirable qualities in yourself.

One big lesson for those with Mars in Libra will be to learn to stick up for themselves in a straightforward, clear way. They will have to come out and say what they want, instead of manipulating to get it, and learn that they have a right to voice their authentic opinions.

These individuals can use much of their natural beneficial energy for good. They can focus on making others feel comfortable with their diplomatic energy and seeing the beauty in everyone. Mars in Libra have a knack for finding beauty and making others feel beautiful inside and out!

When working with this energy, always look to the motive. Mars in Libra can have extremely pure motives (for example, wanting all of humanity to love each other) or motives that are less than desirable (for example, wanting to gain a promotion through social status). By working on recognizing your motive and opening your heart to all of humankind, you can develop the highest qualities of the sign and flourish.

Famous People With Mars in Libra